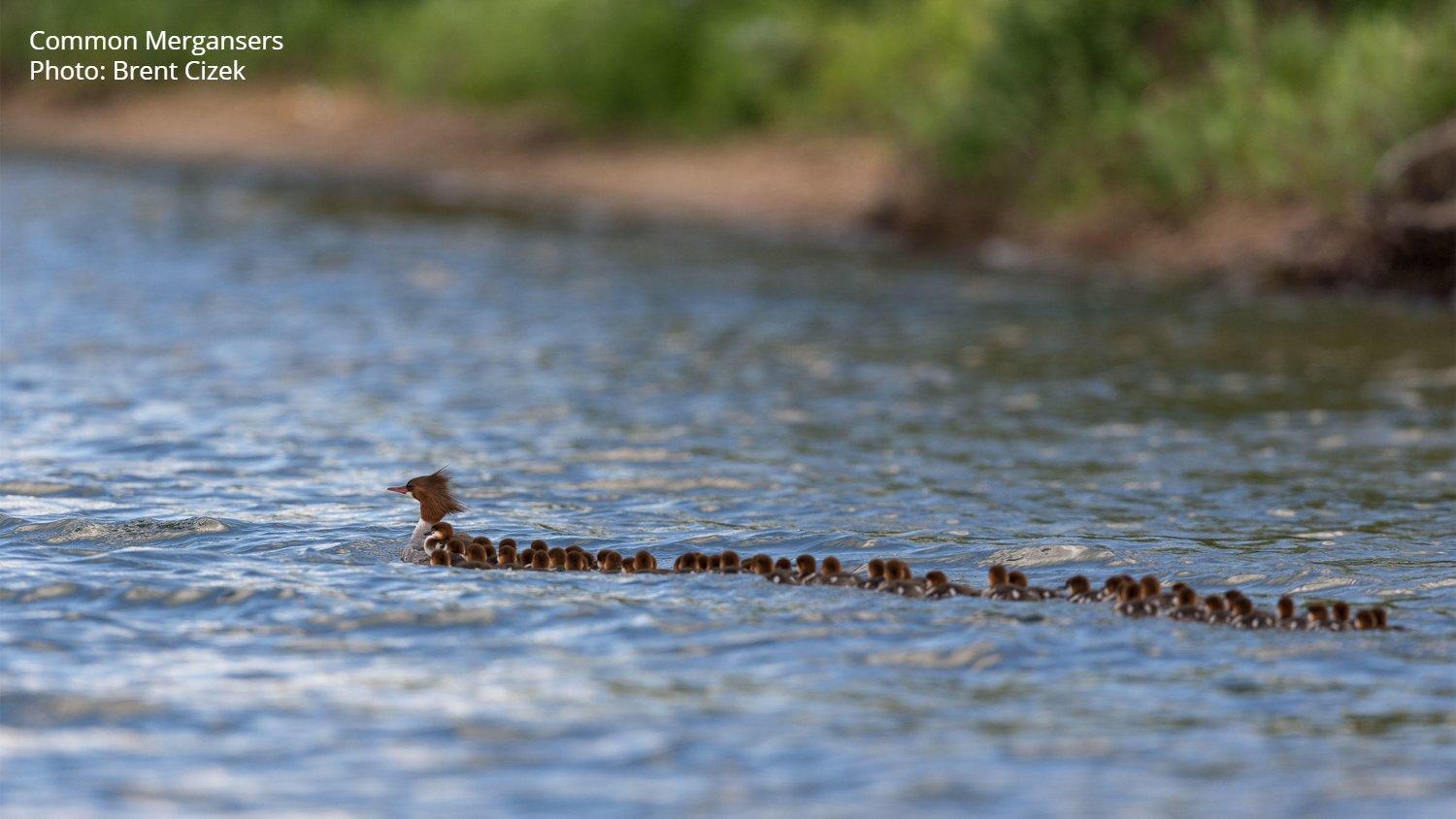 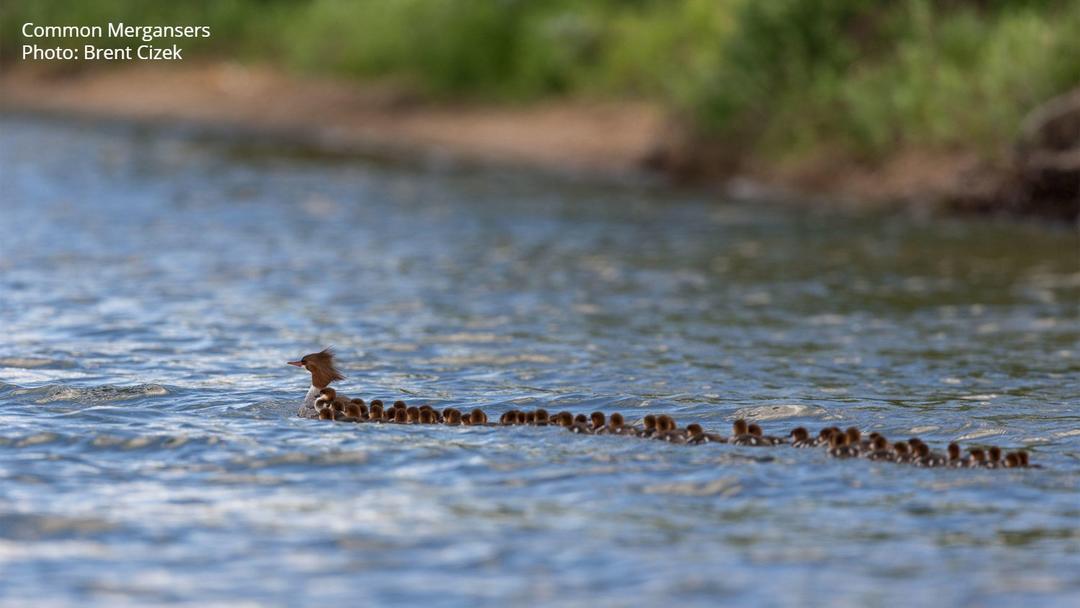 You are what hope looks like to a bird.

Last summer, the photo of a duck followed by 70+ ducklings surfaced on Twitter. Not surprisingly, the National Audubon Society saw it and spread the word about the dedicated mom going above and beyond.

Brent Cizek, the photographer who snapped the now-famous photo, spotted the Common Mergansers at Lake Bemidji State Park last year. He initially tweeted it with several other photos, not realizing how popular it would become. It’s not rare for the ducklings to bunch together in a large ‘creche.’ (Learn more about Common Mergansers)

But as the picture went viral, its appeal became apparent. The adorable ducklings were featured in hundreds of articles including Audubon.org, The New York Times, The Smithsonian, NPR, and was even mentioned during Jimmy Fallon’s monologue for The Tonight Show.

Brent says the attention has calmed significantly since last year, but he still gets the occasional wave of interest.

With Mother’s Day upon us and as we near the viral-versary of the photo, Audubon Minnesota is bringing you the story behind the picture.

As North America’s climate changes, Common Mergansers are likely to shift north. According to current trends and Audubon’s climate change suitability forecast, 72% of the bird’s summer range is expected to move outside of Minnesota. That means we may see fewer and fewer mama mergansers raising little ones on our northern lakes.

In context of a changing climate, the image of seventy-plus baby birds on Lake Bemidji seems even more precious. As average temperatures rise and our waters warm, these birds may seek more consistent, cooler temperatures. We simply don’t know how much longer these birds will breed here.

And if these birds move north, will they find a new home? The short answer is we don’t know. Like many other birds, they’ll be caught in a conundrum:

What happens if these birds find a climate haven, but that haven doesn’t have what they need to thrive – how will they handle that hardship?

With all the scientific data and knowledge we have, it’s still uncertain how birds like Common Mergansers will handle a quickly-shifting climate. The lack of predictability is a major impedement to conservation planning that addresses the greatest threats. That’s why climate change is so frustrating and concerning – there’s very little certainty in predicting its impacts.

Hope for the future

Fortunately, Audubon has been working hard to reduce the impacts of climate change, including with community leaders in the Bemidji area. Bemidji joined Bird City Minnesota to celebrate and take bird-friendly community actions. The Mississippi Headwaters Audubon Chapter, the City of Bemidji, Bemidji State University, and a number of other partners are rallying around birds to reduce threats, improve bird habitat, and engage their community in conservation projects.

While Bemidji didn’t become a Bird City for the sake of Common Mergansers alone, the actions of the community may be the help that mama merganser’s needs.

What you can do

1.       When you visit Bemidji, mention that you enjoy seeing birds in the area! This will encourage community leaders and elected officials to consider birds in their plans for the city and tourism.

2.       If you visit Lake Bemidji State Park, you may not see the big broods like last year, but it’s certainly possible; there were a couple sizable broods within the region. When you see birds, keep your distance and be respectful to avoid stressing out sensitive wildlife.

3.       Whether or not you see a seventy-plus brood, we encourage you to never look at a Common Merganser photo the same way. There’s a lot riding on that bird’s ability to raise ducklings in Minnesota and we want to keep them here as long as possible.

4.       If you’re looking for a last-minute Mother’s Day gift, become a climate hero by submitting an Audubon donation on behalf of your mother: https://gifts.audubon.org/gifts-for-birds/be-climate-hero

5.       Finally, sign up to take action. Like a bird in spring, be seen and be heard by raising your voice.

How you can help, right now

Help secure the future for birds at risk from climate change, habitat loss and other threats. Your support will power our science, education, advocacy and on-the-ground conservation efforts.

Ensure a Bright Future for Birds

YOU can be a community scientist!

You can volunteer with Audubon Minnesota and help support birds.

Spread the word. It’s the least you can do.

Get updates about bird conservation in Minnesota.